Topic: What about your Sheep?
In last Sunday’s gospel pericope, Jesus sent His disciples on apostolic work to preach. Today, we see their return and their reports. Having spent some energy preaching, Jesus deemed it necessary that they should rest. Hence, “He said to them, ‘Come away to a deserted place all by yourselves and rest a while’. For many were coming and going, and they had no leisure even to eat” (Mk 6:31-32). 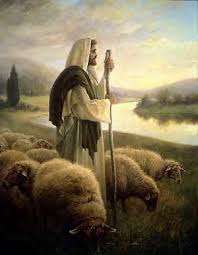