Homily (Reflection) for the Memorial of Saint Augustine, B.D., (28th August, 2019) on the Gospel and the Memorial 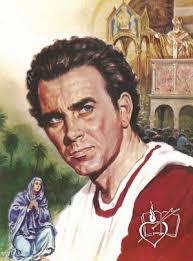 Saint Augustine of Hippo (13th November 354 – 28th August 430)[1] was son of Saint Monica. Although he was brought up a Christian and also one of the most intelligent men who ever lived, he spent many years in wicked living and in false beliefs (Manichaeism and neo-Platonism). Through the prayers of his mother and the preaching of Saint Ambrose, he became convinced that Christianity was the one true religion. But he was not converted immediately because he thought he could never live a pure life. On hearing that two men were converted after reading the life of Saint Anthony, he was filled with bitter sorrow and cried to God, “How long more, O Lord? Why does not this hour put an end to my sins?” He was baptized in 386, became a priest, a bishop, a famous Catholic writer, Founder of religious priests. Augustine is recognized as a saint in the Catholic Church, the Eastern Christian Church, and the Anglican Communion and as a preeminent Doctor of the Church. He overcame strong heresies, was very devout, practiced great poverty, and was also charitable. Augustine preached very often and prayed with great fervour right up until his death. He is the patron of the Augustinians, brewers, printers, theologians, the alleviation of sore eyes, and a number of cities and dioceses. Among his most important works are The City of God and Confessions. [2]
Topic: Whitewashed tombs.
Jesus likened the scribes and the Pharisees in today’s gospel as whitewashed tombs that look beautiful outside but full of bones of the dead and sorts of filth inside. They appeared righteous but full of hypocrisy and lawlessness.
Considering our call as Christians properly described as salt of the earth and light of the world. But for each to be relevant, salt must keep its taste and light give light from its stand. Otherwise they will be useless, cf. Matt 5:13-15).
We often forget that call to be a Christian is a call to a way of life; a call “to renounce irreligion and worldly passions, and to live sober, upright, and godly lives in this world” (Tit 2:12; cf. 1Pt 4:3). Christians are not theirs because they have been bought with a price, cf. 1Cor 6:19-20. 7:23; Rom 14:7. They have been crucified with Christ and therefore dead to sin, cf. Rom 6:11; Gal 2:20. Christians are created for good works, cf. Eph 2:10. They do not repay evil for evil, but always seek to do good to one another and to all, cf. 1Thess 5:15.
Christian living and non-Christian living oppose each other, cf. Gal 5:17. Saint Paul advised in 2Corinthians 6:14, “Do not be mismatched with unbelievers. For what partnership is there between righteousness and lawlessness? Or what fellowship is there between light and darkness?” And in the Romans, we read, “We know that our old self was crucified with him so that the sinful body might be destroyed, and we might no longer be enslaved to sin” (Rom 6:6).
Based on these and many more, dear brothers and sisters, are we really Christians or whitewashed tombs? May we follow the example of Saint Augustine and “Seek the LORD while he may be found, call upon him while he is near” (Is 55:6).
Bible Reading: Rom 6:1-23; 14:7-9; Jas 1:19-27.
Thought for today: ...you also must consider yourselves dead to sin (Rom 6:11).
Let us pray: Lord, help us purge entirely every sort of filth within us – Amen.
Saint Augustine – Pray for us.
You are free to share this reflection with others if you consider it worthy.