Homily (Reflection) for the Memorial of Saint Boniface, B.M. (05th June, 2020) on the Gospel and the Memorial 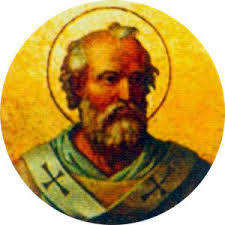 Saint Boniface (c. 675–754)[1], known as the apostle of the Germans, was an English Benedictine monk who gave up being elected abbot to devote his life to the conversion of the Germanic tribes. On his first missionary journey in 719 at the request of Pope Gregory II, paganism was a way of life. What Christianity he did find had either lapsed into paganism or was mixed with error. The clergy were mainly responsible for these latter conditions since they were in many instances uneducated, lax and questionably obedient to their bishops. In particular instances their very ordinations were questionable. The Holy Father instructed him to reform the German Church and gave him letters to the religious and civil leaders. He was made a regional bishop and authorized to organize the whole German Church. In the Frankish kingdom, he met great problems because of lay interference in bishops’ elections, the worldliness of the clergy and lack of papal control. During a final mission to the Frisians, Boniface and 53 companions were massacred while he was preparing converts for confirmation.[2]
Topic: He calls Him Lord.
There are figures the Jews hold in very high esteem. They include King David. And Jesus said while teaching in today’s gospel, “How can the scribes say that the Messiah is the son of David? David himself, by the Holy Spirit, declared, ‘The Lord said to my Lord.... David himself calls him Lord; so how can he be his son?’”
Just like the Jews, we also hold a lot of things very high. But not one of these can gain for us eternal life. Jesus said, “I am the way, and the truth, and the life; no one comes to the Father, but by me” (Jn 14:6).  He is the Lord of all, cf. Acts 10:36. Saint John the Baptist pointed Him out as the Lamb of God, cf. Jn 1:29.36. And an angel in the Book of Revelation described this Lamb thus, “he is Lord of lords and King of kings” (Rev 17:14).
We ought to be careful lest we misplace creatures for the creator. In Saint Paul’s letter to the Romans we read, “if you confess with your lips that Jesus is Lord and believe in your heart that God raised him from the dead, you will be saved” (Rom 10:9). It is the Holy Spirit that helps one to confess that “Jesus is Lord” (1Cor 12:3).
Bible Readings: Rom 10:5-13.
Silent Prayer: Truly, truly, I say to you, before Abraham was, I am (Jn 8:58).
Let us pray: Lord, give us the grace never to forget that your Son, our Lord Jesus Christ is the King of kings and Lord of lords – Amen.
Saint Boniface – Pray for us.
You are free to share this reflection with others if you consider it worthy.