Praying for the dead: Commemoration of All the Faithful Departed (All Souls) (C) (2nd November, 2019).

Few years back, there was an obituary announcement over the radio and the television of a deceased woman. Part of the information disseminated was that nobody should pray for her repose. According to her son who signed the announcements, she has been resting in peace. And we are today praying for the repose of all the faithful departed.
Topic: Belief in Purgatory and Praying for the dead 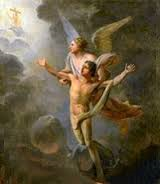