Two friends were seen together almost all the time. One day, one of them named John committed an offence and was charged to court. He called on his friend Anthony to testify for him in the court because he was not only his friend but he actually knew what happened also. Those who knew how close the two were concluded that Anthony would do his best to cover up his friend. On the contrary, he told the court what happened and the way it happened. John was convicted and sentenced to two years imprisonment with an option of fine. Since he could not pay the fine he was left with no other option than going to jail. He was still in detention when the fine was paid for him. John thanked God for exposing how bad Anthony was and for replacing him with a friend in need. The day fixed for John to see the God-sent came and behold it was Anthony. John could not believe what he saw because he had concluded never to have anything to do with Anthony again. After a long period of silence, Anthony told John that he was and is still his friend but that he would not condone evil.
Topic: Finding Favour With God.
This is the last Sunday of Advent; the period set aside for seeking the Lord as Prophet Isaiah admonishes us: “Seek the LORD while he may be found, call upon him while he is near” (Is 55:6). And those who sincerely sought for God do find him, cf. 1Chr 28:9; 2Chr 15:2; Jer 29:14. Again, those who found God are favoured by him. But what do you expect from God either as one who has found favour with him or making frantic effort to do so – breakthrough, husband, wife, fruit of the womb, wealth, death of your enemies, protection, and so on? 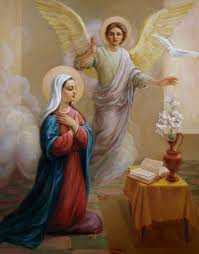 In the gospel we read the words of angel Gabriel to Virgin Mary: “Greetings, favoured one! The Lord is with you” (Lk 1:28). The angel also went on: “Do not be afraid, Mary, for you have found favour with God. And now, you will conceive in your womb and bear a son, and you will name him Jesus” (Lk 1:30-31). And favour according to The New Webster’s Dictionary of the English Language is “an act of kindness going beyond what could normally be expected”. Longman dictionary of contemporary English: New edition for advanced learners also defined favour as “something that you do for someone in order to help them or be kind to them”. With these in mind, when one hears of favour, what readily comes to mind is what one likes. But when one finds favour with God, does it really mean that the will of God will no longer be done, that is, God surrendering his will to that of his favoured one or the favoured one surrendering his to God’s?
Going through the scriptures, among those we consider as favoured by God is Abraham. We claim his blessings. But he was very old when he was blessed with a child, cf. Gen 21:5. At a point, Abraham and Sarah thought that it would no longer be possible hence they laughed at God, cf. Gen. 17:17; 18:12 and Abraham also pleaded with God to establish the covenant with Ishmael, cf. Gen 17:18. And from the time he was called by God and the promise of a child made, it took 25 years to come true, cf. Gen. 12:1-9; 21:5. In the case of Mary, as one who found favour with God, she was charged with the work of giving birth to the sacrificial lamb that would brought a sword to her according to Blessed Simeon, cf. Lk 2:34-35.
We seek God to know him and to do his will and not for God to do ours, cf. Matt 6:10. It is important to know that the closer a soul moves towards God, the more it forgets itself and is consumed by the knowledge of God. A soul cannot do God’s will if it does not lose its own. Again, it is wrong and unchristian to calculate God’s favours with only what can be seen. God’s act of kindness might be different from what the one who has found favour with Him has in mind.
As we come very close to both the anniversary of the birth of Jesus and his second coming, let us follow the example of Mary. As one who has found favour with God, she surrendered her will completely to God so that we might be saved. Her response was “… Here am I, the servant of the Lord; let it be done with me according to your word” Lk 1:38. Every Christian has to surrender everything to God.
Bible Reading: Gen. 17; Ps 139; Matt. 6: 9-13; Jn. 4:23-24; 2Pet 3:8-9.
Thought for today: The closer a soul moves towards God, the more it forgets itself and is consumed by the knowledge of God. You cannot do God’s will if you do not lose yours.
Let us pray: Lord, help us to seek you alone. Bring us closer to yourself and fill us with the knowledge of you as we lose ourselves in search for you – Amen.
You are free to share this reflection with others if you consider it worthy.