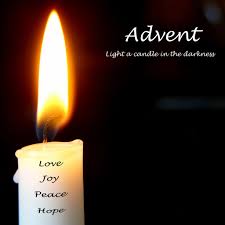 Today is the first day and the first Sunday of the liturgical Year. The Church’s calendar is known as the Liturgical year or calendar and is divided into seasons. They are Advent, Christmas, Lent, Easter, and the Ordinary time of the year. These are set aside to celebrate various events in Jesus’ life.

Unlike what some has in mind, the season of Advent is a time of preparation not just for the celebration of the birth of Jesus Christ. We prepare ourselves most importantly for the coming of Jesus as the Judge of the living and the dead either at one’s death or at the end of the world. We also prepare during Advent to receive Jesus in the Holy Eucharist on Christmas. We are to prepare for Christ who lives in our lives through His graces, cf. 1Cor 6:19, Rev 3:20. We are called to prepare for the coming of our Lord in a spirit of waiting, conversion, hope and prayer. Advent is sometimes called the little Lent because in most Eastern Orthodox and other Eastern Christian Churches, it is also a time of fasting which is called Nativity Fast or Advent Fast which lasts for forty days.

Topic: Preparedness for the Lord.

Just as we have seen while explaining the season of Advent, the Liturgical year is all about our lives as Christians. It should not be seen as one of the things the Church does annually.

The gospel calls our minds to the importance of being ready at all times. Because Jesus can come at anytime, He tells us: “Keep awake therefore, for you do not know on what day your Lord is coming”. The concluding verse also followed the same route: “Therefore you also must be ready, for the Son of Man is coming at an unexpected hour”. He had also told us earlier: “But about that day and hour no one knows … but only the Father” (Matt 24:36).

This call to be ready at all times made me to remember what happened so many years back. That fateful day, I went to the Christmas vigil with clothes that could be managed for a rag. My attention was called to that but I re-assured myself that nobody would be able to see clearly in the church because it was dark. When I was still at home and while on the road, I thought I was wiser than Solomon because it was all dark but on reaching the Church, the drum without my consent changed its beating. Thanks to the generating set. It was as if everybody was looking at the “rag” that I was putting on. I cannot remember whether I was able to get up for anything throughout the Mass because I was ashamed of myself.

How do you prepare for Christmas? This period is different things for different people. It maybe for some a time to plan for their wedding or time to buy new clothing, and so on. Some have even turned the period of Christmas from being a time of rest to a time of stress. In the past people come back during Christmas to have rest, but today it has become something else. For many it is a period for settling disputes which is not necessarily bad provided peace is sought for and not making pretences because we are preparing for the Prince and Lord of peace, cf. Is 9:6, Heb 13:20, 2Thess 3:16. Will it be absurd to say that some may be preparing the troubles they will unleash this Christmas season among other evils?

But despite what you have prepared or still preparing for Christmas, it is possible for you to denounce your plans to do evil. The season of Advent is a season for us to plan the good to do during Christmas. For instance, in some cultures an empty crib or manger is expected to be softened by the members of the family with straw earned by sacrifice, prayer, and work of mercy. God wants to bless someone this Christmas through you.

As we prepare for the coming of Jesus, do you remember that vigil mass I attended unprepared and how wrong I was? Do you know that at a point I even thought that everything including the walls of the church and the pew I was sitting on were discussing about how stupid I was? How will it be when one stands before God? It was not that I did not have something better but I thought that nobody could see me just as some do evil thinking that nobody is seeing them. Thank God I have the opportunity of making amends. But remember that at the coming of the Son of man, the source of light, nothing will be hidden and there will be no room for amendment. We can still make amends today. Time will come when the beating of the drums will change as it once changed in my own case in the church. That day, it will not be necessary to tell one about the other because everything will be glaring. This is the proper time, prepare for the Lord, cf. Mk 1:15.

Thought for today: Will you prepare for the coming of Jesus?

Let us pray: Almighty God, give us the grace to prepare for the memorial of the first coming of your Son, our Lord Jesus Christ and for his second coming. Bless us all as we struggle to walk in your light through Christ our Lord – Amen.