0 Sunday homilies 19:33
A+ A-
Print Email
Homily (Reflection) for the Twenty-Seventh Sunday of the Year (A) (04th October, 2020) on the Gospel Is 5:1-7; Ps 79:9.12-16.19-20. (R. Is 5:7); Phil 4:6-9; Matt 21:33-43. There were two brothers; one was living in the city and the other at the village. As brothers, there were a lot of things they entrusted to each other without any form of written agreement or even a witness. One of those things was a piece of land inherited by the one in the city. He entrusted that piece of land to his brother because his brother needed where to cultivate. The one living in the village had cultivated that piece of land for more than two decades before the one in the city decided to relocate to the village. On his return, he made his intention of taking the piece of land back after harvest to his brother. To his greatest surprise, his brother denied ever receiving it from him rather from their late father. Topic: Wicked tenants. 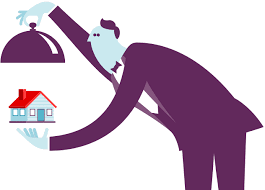 Today’s gospel (the parable of the wicked tenants) is the continuation of the parable of the two sons we read last Sunday. Jesus went on and said to them: “There was a landowner who planted a vineyard. He put a fence around it, dug a hole for the winepress, built a watchtower, leased the vineyard to tenants and then went to a distant country” (Matt 21: 33). It is obvious that the ownership of the vineyard was not under contention and the landowner put everything in their proper places before leasing it to those wicked tenants. Again, the landowner allowed the tenants to work freely by going to a distant country as if not intending to interfere with their freewill. The tenants were expected to give to the landowner his due at the harvest season. Hence the gospel reads, “When the harvest time came, the landowner sent his servants to the tenants to collect his share of the harvest. But the tenants seized his servants, beat one, killed another and stoned another” (Matt 21:34-35). When the landowner sent more servants, the tenants of the vineyard did the same thing, cf. Matt 21:36. After all these, …he sent his son to them, saying, ‘They will respect my son.’ But when the tenants saw the son, they said to themselves, ‘This is the heir; come, let us kill him and get his inheritance.’ So they seized him, threw him out of the vineyard, and killed him (Matt 21:37-39). This parable aptly described these tenants as wicked. In his first letter to the Corinthians Saint Paul told us to learn from what he said about himself and Apollos, cf. 1Cor 4:6. In the same vein, this parable of the wicked tenants is for us to learn. Just like what happened in our introductory story, many have lost lots of things because they were good to others. You can make your own list. Saint Paul warns against behaving as if anything is ours, “For who sees anything different in you? What have you that you did not receive? If then you received it, why do you boast as if it were not a gift?” (1Cor 4:7). For Saint Peter, “Once you were no people but now you are God's people; once you had not received mercy but now you have received mercy” (1Pt 2:10). Saint Paul goes further to say, “But we have this treasure in earthen vessels, to show that the transcendent power belongs to God and not to us” (2Cor 4:7). Since we have all received everything from God, Saint Peter admonishes us to “… employ it for one another, as good stewards of God's varied grace” (1Pt 4:10) they all belong to God. He did not ask us to become wicked tenants because others are bad but to be good always, cf. Matt 5:43-48. Borrowing the words of Saint Paul, we should not be overcome by evil, but overcome evil with good, cf. Rom 12:21. Bible Reading: 1Cor 4:1-13; 1Pt 2:1-25; 4:1-11; Matt 5:43-48; 25: 31-46. Thought for today: What have you done with God’s gifts? Let us pray: Merciful God, you are the Lord and master of the vineyard. Give us the grace never to forget that we are just mere unworthy tenants. May we be good tenants and always give you your share – Amen. You are free to share this reflection with others if you consider it worthy. For more homilies (reflections): Visit our website: www.thepulpitonline.com; Like us on Facebook: www.facebook.com/thepulpitonline; Follow us on Twitter: www.twitter.com/thepulpitonline; Join our WhatsApp Group via: +234 810 298 6313; Send us Email: thepulpitonline@gmail.com. To Contact and/or to support this ministry: Tel: +234 813 305 0302; Email: thepulpitonline@gmail.com. May God bless you all+
Posted by thepulpitonline.com
Share to: