A lady visited their parish priest in his office and complained about her husband. He who used to be very active in virtually all the church’s activities hardly goes to church. To worsen the situation he does not even stay at home either. And she had tried to see if he had taken to drinking, eating outside, and things like that but could not establish any. The priest who knew the man even before he got married to the woman was surprised to receive such report about him. After asking the woman few questions, he fixed a date for the couple.
The man was on the wheel with his wife next to him to see the priest on the appointed day. After welcoming them, the woman was asked by the priest to repeat what she told him about her husband and she did. In response the man admitted virtually all his wife said. However he went further to say that his only problem with his wife is that although a champion in going to church activities yet she has nothing to show for it. He went on to explain that his wife did not only detest doing anything good for others but would not even allow him to do so. That those times his wife wanted him to go to church with her and he refused were the times he used to visit the sick, the prisoners, the destitute homes, orphanages, among so many others which his wife would never approve of. For the woman giving is synonymous with being wasteful.
Topic: Meant for each other. 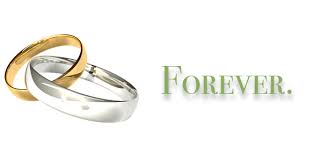 Today’s gospel (Lk 13:1-9) is made up of two parts, Jesus’ teaching that repentance is sine qua non for one to live and the parable of the barren fig tree. Our homily is based on the two parts.
In the first part (Lk 13:1-5) some people told Jesus about the Galileans Pilate mingled their blood with their sacrifices. And while addressing this, He made reference to the eighteen killed by the tower of Siloam which fell on them. He told the people frankly that both those Galileans and the eighteen were not the worst sinners and that unless they repent, they would all perish.
The second part (Lk 13:6-9) is about a man who planted a fig tree in his vineyard. After three years of waiting in vain for it to bear fruit said to the gardener, “See here! For three years I have come looking for fruit on this fig tree, and still I find none. Cut it down! Why should it be wasting the soil?” It took the intervention of the gardener for the tree to be given a year to either bear fruit and stand or remain barren and be cut down.
In his preaching, John the Baptist said to the people, “Bear fruits that befit repentance, and do not begin to say to yourselves, ‘We have Abraham as our father’; for I tell you, God is able from these stones to raise up children to Abraham” (Lk 3:8). Also, Saint Paul while defending himself and the gospel before king Agrippa said that he “declared first to those at Damascus, then at Jerusalem and throughout all the country of Judea, and also to the Gentiles, that they should repent and turn to God and perform deeds worthy of their repentance” (Acts 26:20). Again in his letter to the Ephesians he wrote, “I therefore, a prisoner for the Lord, beg you to lead a life worthy of the calling to which you have been called” (Eph 4:1). And again to the Colossians he wrote, “lead a life worthy of the Lord, fully pleasing to him, bearing fruit in every good work and increasing in the knowledge of God” (Col 1:10).
Unlike the couple in our introductory story who see being a Christian and doing good works as two separate things, being a Christian (repentance) and bearing fruits (good works) go together. They are two sides of the same coin.
The two parts of today’s gospel find a meeting point in every true Christian. Jesus warns that we must repent to escape being perished. And repentance can only be made manifest in good works, cf. Jas 2:17, 26. None of these can survive without the other. I see Jesus in today’s gospel saying the same thing in two ways: if the people do not repent they would perish and if the fig does not bear fruit it will be cut down. We must repent and bear fruits to live. And let us be very quick about this because like the fig tree you and/or me might have been given just a year to prove our stand.
Bible Reading: Lk 3:7-14; Jas 2:14-26.
Thought for today: Bear fruits that befit who you are.
Let us pray: May the good Lord help us bear fruits worthy of our calling – Amen.
You are free to share this reflection with others if you consider it worthy.