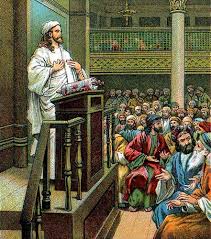 One Head of Department (HOD) in his effort to ensure that students are scored without prejudice gave the projects of the final year students to a group of lecturers without names but carefully indentified each of them with codes. After the scoring, the lecturers gathered and worked out the final scores of the students.
Interestingly, a lecturer scored one project one hundred percent (100%). When asked why he said that the work was a perfect job. Because other lecturers also awarded high marks to the same project, the panel accepted the marks as he submitted them. That same project later emerged as the overall best.
The lecturers were eager to know the students especially the one whose project has been adjudged as the overall best. In their presence, the HOD brought out the names of the students with the codes on the projects. When the same lecturer who had scored and also defended the project that later emerged as the overall best one hundred percent realised the student, he openly moved to withdraw the mark. According to him although the student did a good job but he did not deserve such a position.
Topic: The prophet’s hometown.
Today’s gospel started with the last verse of last Sunday’s gospel (Lk 4:21). And it is the summary of Jesus’ teaching in the synagogue. The people who listened to Him were filled with mixed feelings and it reads, “All spoke well of him and were amazed at the gracious words that came from his mouth. They said, ‘Is not this Joseph’s son?’” (Lk 4:22). Jesus told them the hard truth that no prophet had ever been welcomed in his hometown. The people became furious and wanted to hurl Him off the cliff but He went away.
Their refusal of Jesus sent Him away. The implication of this action is better seen in the gospel according to Matthew which reads, “And he did not do many mighty works there, because of their unbelief” (Matt 13:58).
Like the Jews who rejected their brother, Christians also reject their brothers and sisters for one reason or another. Some hang such on one useless tradition or another. Prophet Malachi questions, “Have we not all one father? Has not one God created us? Why then are we faithless to one another, profaning the covenant of our fathers?” (Mal 2:10). We ought to remember that before God “There is neither Jew nor Greek, there is neither slave nor free, there is neither male nor female; for you are all one in Christ Jesus” (Gal 3:28). It is disheartening that often the people rejected are better than those who rejected them. Hence in his letter to the Romans Saint Paul also writes “What then? Are we Jews any better off? No, not at all; for I have already charged that all men, both Jews and Greeks, are under the power of sin” (Rom 3:9).
Dear child of God, no matter how okay one thinks he or she is there is still need for the other person including those sometimes regarded as useless. God who made us all wants us to complement each other not to reject, cf. Rom 15:1-6. Saint Paul admonishes us, “Do nothing from selfishness or conceit, but in humility count others better than yourselves” (Phil 2:3). God is the Father of us all and is not ashamed to be called our God, cf. Heb 11:16. We are not to condemn or approve something because of the person behind it like the lecturer in our introductory story. What is good is good irrespective of who did or said that. In the same vein, what is bad is bad. Again, the Jews who rejected Jesus Christ rejected the miracles He might have done among them. If we reject any we also reject all the benefits.
Bible Reading: Rom 13:8-10; 14:1-12; 15:1-6; Phil 2:1-18.
Thought for today: We are not better off.
Let us pray: God our Father, help us realise that we all are from you and for ourselves – Amen.
You are free to share this reflection with others if you consider it worthy.