Homily (Reflection) for the Thirty-Second Sunday of the Year (B) (11th November, 2018) on the Gospel


Today’s gospel is made up of two parts (teachings): Jesus’ denunciation of the scribes (Mk 12:38-40) and The widow’s offering better known as Widow’s mite (Mk 12:41-44). In today’s Mass, the second part of the gospel can either be read alone or together with the first part. This homily is on Jesus’ denunciation of the Scribes.
There is a story in William Barclay’s book “of a monk in the old days, a very holy man, who was sent to take up office as abbot in a monastery. He looked so humble a person that, when he arrived, he was sent to work in the kitchen as a scullion, because no one recognized him. Without a word of protest and with no attempt to take his position, he went and washed the dishes and did the most menial tasks. It was only when the bishop arrived a considerable time after that the mistake was discovered and the humble monk took up his true position”. Culled from Barclay, W. (2006). The daily study bible: The gospel of Mark, 3. Bangalore: Theological Publication in India, p. 301.
Topic: Called to a way of life. 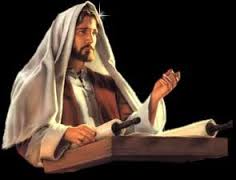 This part of the gospel (Mk 12:38-40) as we have said earlier deals with Jesus’ condemnation of the scribes. It is important to first understand a little the scribes: according to the New Living Translation (NLT) Bible, they are teachers of religious law (Mk 12:38). Hence, Barclay calls them experts in the law. These scribes according to the gospel “like to walk around in long robes, and to be greeted with respect in the marketplaces, and to have the best seats in the synagogues and places of honour at banquets! They devour widow’s houses” (Mk 12:38-40a). And the gospel goes further: “and then pretend to be pious by making long prayers in public” (Mk 12:40b, NLT).
Barclay further explained that “An expert in the law could take no pay for his teaching. He was supposed to have a trade by which he earned his daily bread. But these legal experts had managed to convey to people that there was no higher duty and privilege than to support a rabbi in comfort, that, in fact such support would undoubtedly entitled him or her who gave it to a high place in the heavenly academy” (Barclay, W. (2006). The daily study bible: The gospel of Mark, 3. p. 301).
In Saint Paul’s letter to the Galatians we read: “For as many of you as were baptized into Christ have put on Christ” (Gal 3:27). And again in his letter to the Colossians, all the baptized “have put on the new nature, which is being renewed in knowledge after the image of its creator” (Col 3:10). To be a Christian is therefore a call to a new way of life, cf. Eph 2:12; 5:8; 1Pt 2:10.
But despite our call as Christians, many still live as enemies of the cross of Christ, cf. Phil 3:18. Saint Paul therefore begs us to lead a life worthy of the calling to which we have been called, cf. Eph 4:1. And earlier in his letter to the Philippians he also wrote: “Only let your manner of life be worthy of the gospel of Christ, so that whether I come and see you or am absent, I may hear of you that you stand firm in one spirit, with one mind striving side by side for the faith of the gospel” (Phil 1:27). Saint John the Baptist has this: “Bear fruits that befit repentance, and do not begin to say to yourselves, ‘We have Abraham as our father’; for I tell you, God is able from these stones to raise up children to Abraham” (Lk 3:8). And while defending himself before Agrippa Saint Paul summed up what he preached in Damascus, Judea and to the Gentiles in these words: “that they should repent and turn to God and perform deeds worthy of their repentance” (Acts 26:20).
The first part of the gospel ends with these words: “They [the scribes] will receive the greater condemnation” because although they were experts in the religious laws but they have turned themselves into irreligious by regulating what God did not regulate. The works they did ought to be free. Jesus’ harsh words on them is in line with his teaching:
that servant who knew his master's will, but did not make ready or act according to his will, shall receive a severe beating. But he who did not know, and did what deserved a beating, shall receive a light beating. Every one to whom much is given, of him will much be required; and of him to whom men commit much they will demand the more (Lk 12:47-48).
The question now is whether we Christians will receive a milder judgement because just like the scribes many have commercialized everything even prayers forgetting the injunction that this must be free, cf. Matt 10:8. However any Christian who fails to do God’s will receive even greater condemnation than the scribes, cf. Matt 5:20. Worst still if that Christian is a leader in God’s household. Although the humble monk in our introductory story did not fight for his position but he ascended it in a grand style, cf. Lk 14:7-14. No matter who one is or the position he or she occupies in the church unless he or she live as he or she ought, there will be a terrible sentence on the last day: “I tell you, I do not know where you come from; depart from me, all you workers of iniquity!” (Lk 13:27; cf. Matt 25:12; Lk 13:25). So my dear brothers and sisters make hare while the sun shines.
Bible Reading: Col 3:1-17; Lk 14:7-14; 19:11-27; Matt 5:17-20; 25: 1-13. 14-30. 31-46; Eph 2:1-10.
Thought for today: Is your life in harmony with who you are?
Let us pray: Lord, assist us in our struggle to always live according to the gospel – Amen.