Homily (Reflection) for the Memorial of Saint Ignatius of Loyola, P., (31st July, 2019) on the Gospel and the Memorial 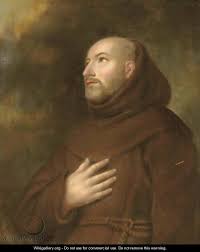 Saint Ignatius of Loyola (1491- July 31, 1556) fought several battles as a soldier. In 1521, he was struck by a cannonball in the legs. He underwent several surgeries without anaesthetics. At a point, he was asked to prepare for death. However, on June 29, 1521, the feast of Saints Peter and Paul, he began to improve. Ignatius started to read the lives of the saints and Christ. Among his profound realizations was that some thoughts brought him happiness and others sorrow and that two powerful forces were acting upon him. Evil brought him unpleasant thoughts while God brought him happiness. He discerned God's call, and began a new way of life, following God instead of men. On March 25, 1522, he entered the Benedictine monastery. His time in prayer and contemplation helped him to understand himself better. He also gained a better understanding of God and God's plan for him. He became friends with Peter Faber and Francis Xavier while at school in Paris and led them in his spiritual exercises. Other men soon joined their exercises and became followers of Ignatius. Pope Paul III received the group and approved them as an official religious order in 1540. Ignatius was elected as their first leader. They called themselves the Society of Jesus. Some dubbed them “Jesuits” in an attempt to disparage them. By virtue of their good work the label lost its negative connotation. The order was responsible for much of the work of stopping the spread of the Protestant Reformation. They advocated the use of reason to persuade others and combat heresy. Ignatius was beatified by Pope Paul V on July 27, 1609 and canonized on March 12, 1622. He is the patron saint of the Society of Jesus, soldiers, educators and education.[1]
Topic: Value of the Treasure/Pearl.
Today’s gospel consists of two parables about the kingdom of heaven, treasure hidden in a field and pearl of great value. The person who discovered the hidden treasure in his joy went and sold all that he had and bought the field. Likewise, the merchant who found the pearl of great value sold everything he had and bought it.
The value of the treasure and the pearl that made both men put all their eggs in one basket is worth meditating on. Saint Paul writes,
...I regard everything as loss because of the surpassing value of knowing Christ Jesus my Lord. For his sake I have suffered the loss of all things, and I regard them as rubbish, in order that I may gain Christ (Phil 3:8).
We recall that these parables are about the kingdom of heaven. The actions of those men in the two parables and that of Saint Paul among so many others tell us that the true value of the treasure and the Pearl is beyond measure. Saint Paul also writes, “What no eye has seen, nor ear heard, nor the heart of man conceived, what God has prepared for those who love him” (1Cor 2:9). It worth sacrificing for but it must be total, cf. Matt 19:21; Lk 14:26.
We all have two options, sacrifice everything and inherit eternal possession beyond measure or hold firm to any transient possession and forfeit eternal possession beyond measure. Saint Ignatius of Loyola sacrificed everything and followed Christ with his whole heart.
Bible Reading: 1Cor 2:6-16; Phil 3:4-11.
Thought for today: There are much more in heaven.
Let us pray: Lord, give us the guts to forfeit everything, even our lives for your sake – Amen.
Saint Ignatius of Loyola – Pray for us.
You are free to share this reflection with others if you consider it worthy.