Homily (Reflection) for Monday of the Fourteenth Week in Ordinary Time (I) (08th July, 2019) on the Gospel 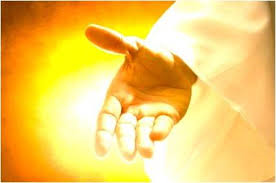 In today’s gospel, a leader of the synagogue came to Jesus, knelt down and said to Him, “My daughter has just died; but come and lay your hand on her, and she will live.” On His way to the house of the leader, a woman who had suffered from haemorrhages for twelve years came up behind Him and touched the fringe of His cloak, for she had said to herself, “If I only touch his cloak, I will be made well.”
It is beyond human to give life, cf. 2Kg 5:7; 1Tim 6:13. Saint Mark described more vividly the case of the woman who suffered from haemorrhages, “Now there was a woman who had been suffering from haemorrhages for twelve years. She had endured much under many physicians, and had spent all that she had; and she was no better, but rather grew worse” (Mk 5:25-26).
The leader whose daughter was dead and the woman can be described as people hoping against hope. However their cases were not impossible for God, cf. Matt 19:26; Mk 9:23.10:27. With this in mind they searched for Jesus. Although one lost his daughter and the other ‘everything’, yet there was something remaining, their faith in God which was rewarded in today’s gospel.
What about your own case?  Never think it is hopeless. Always hold your faith in God who has the answer to all situations firm.
Bible Reading: Ps 13:1-6; 23: 1-6.
Thought for today: Nothing is hopeless with God.
Let us pray: Lord, look favourably on the cries of all those who placed their trust in you – Amen.
You are free to share this reflection with others if you consider it worthy.