Lay Not Your Palms: Palm Sunday 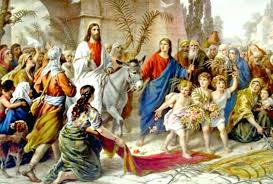