A pious man is desperate. Once again, he has committed a grave sin the same one he has been struggling to overcome for many years.
Discouraged he decides to impose a penalty on himself. “From now on,” he says, “I will pull ten strand of hair from my head each time I sin. When not a single strand of hair is left on my head, I will kill myself.”
After a month, the man is almost bald. He continues to pull ten strands of hair whenever he commits a sin. (He really has difficulty avoiding sin).
“Indeed, there is no more hope for me! I will kill myself!” exclaims the pious man upon seeing his bald head in the mirror.
With that, he takes a gun and aims it at his head. Before he can pull the trigger, however, an angel comes floating into his room, saying, “Stop! Don’t kill yourself!”
“But I must” the man answers “I made an oath to kill myself when my hair is all gone.”
“That’s why I am here,” the angel says. “God wants you to have this.”
The angel hands the man a package and the sinner hastens to open it.
The man is moved to tears when he sees what is inside: a wig[1].
Topic: He/she is worse. 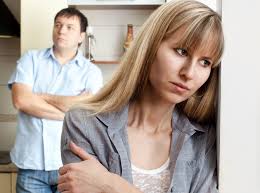 In today’s gospel, Jesus returned to the temple where He was in yesterday’s gospel early in the morning from the Mount of Olives. He was teaching when the scribes and the Pharisees brought a woman to Him, made her stood before all and asked Him, “Teacher, this woman was caught in the very act of committing adultery. Now in the law Moses commanded us to stone such women. Now what do you say?” Jesus bent down and wrote on the ground with His finger. After pestering Him for some time He said to them, “Let anyone among you who is without sin be the first to throw a stone at her.” After that He continued writing on the ground. And when He raised His head again, they had all gone starting from the eldest. Jesus finally discharged the woman saying, “Neither do I condemn you. Go your way, and from now on do not sin again.”
The gospel captured their intention very well: “They said this to test him, so that they might have some charge to bring against him”. Otherwise some questions beg for answers: Since these men caught her in the very act, where was her partner? Or was it a replica of what happened to Susanna in Daniel chapter 13? Again, why their unexpected disappearance when Jesus said to them, “Let anyone among you who is without sin be the first to throw a stone at her”? Not even the youngest among them could stand the test. Or could it be that adultery is the worst sin someone could commit?
These men only tried to use Moses’ name to cover their evil intention. What Moses commanded them in law is, “If a man commits adultery with the wife of his neighbour, both the adulterer and the adulteress shall be put to death” (Lev 20:10). So if they were acting according to law, once again where was the woman’s partner? The law also reads, “You shall do no injustice in judgment; you shall not be partial to the poor or defer to the great, but in righteousness shall you judge your neighbour” (Lev 19:15). Again, “You shall not be partial in judgment; you shall hear the small and the great alike; you shall not be afraid of the face of man, for the judgment is God's...” (Deut 1:17).
In the Law, the emphasis is clear, “keep all my statutes and all my ordinances, and do them” (Lev 20:22). And in the book of Deuteronomy, we also read, “You shall therefore keep all the commandment which I command you this day, that you may be strong” (Deut 11:8; cf. Deut 27:1; 30:8; cf. 1Kg 6:12). So, why did they single out adultery? Jesus said to the Pharisees, “Now you Pharisees clean the outside of the cup and the dish, but inside you are full of greed and wickedness. You fools! Did not the one who made the outside make the inside also?” (Lk 11:39-40). The same God who forbids that sin others do which you consider as worse also forbids those ones you do.
God expects us all to keep all the commandments and not some. Calculating those one is better off is just engaging in a bad consolation theology that will not lead one anywhere. Hence, Jesus teaches “Whoever then relaxes one of the least of these commandments and teaches men so, shall be called least in the kingdom of heaven; but he who does them and teaches them shall be called great in the kingdom of heaven” (Matt 5:19). Again, Saint James writes, “whoever keeps the whole law but fails in one point has become guilty of all of it” (Jas 2:10). One must therefore finish with the debris in his/her own house before looking for those to stone because of cobwebs. Again, God is a merciful God (Deut 4:31). Like the pious man we saw in our introductory story, just as one should not kill another because he/she is a sinner, it is not good to kill oneself because of sin. God always has packages as long as life remains. Let us continue to struggle because our brothers and sisters all over the world are in the same battle, cf. 1Pt 5:9. Judgement without mercy awaits all who judge others without mercy, cf. Jas 2:13. But we must take God’s package very fast before it becomes too late.
Bible Reading: Lk 11:37-54; Jas 2:1-13; 1Pt 5:1-11.
Thought for today: We need to help one another towards God.
Let us pray: God we are aware of our sinfulness. Help us in our efforts towards you – Amen.