Third Sunday of Advent (Gaudete or Rejoice Sunday), (B)

Homily (Reflection) for the Third Sunday of Advent (Gaudete or Rejoice Sunday), (B) (13th December, 2020) on the Gospel

One day I saw two boys fighting. After stopping the fight, I enquired of the cause of the fight to forestall the continuation of the fight when I had left. One of them accused the other boy of hitting him first. But that one who hit first also accused the other of insulting him. At this point my brain was filled with possible insults that could have led to the fight but to my greatest surprise, it all started as a misunderstanding between the two. And at a point the one who was accused of insult asked the other boy ‘who are you?’ And that was the insult that caused the fight. 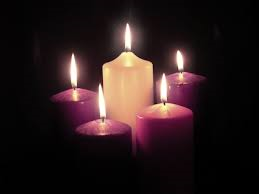 And the second part reads:

This is the testimony given by John when the Jews sent priests and Levites from Jerusalem to ask him, ‘Who are you?’ He confessed and did not deny it, but confessed, ‘I am not the Messiah’. And they asked him, ‘What then? Are you Elijah?’ He said, ‘I am not.’ ‘Are you the prophet?’ He answered, ‘No’ (Jn 1:19-21).

Bringing the two parts of the gospel together gives us the totality of our existence. The book of Proverbs reads: “The LORD has made everything for its purpose, even the wicked for the day of trouble” (Prov 16:4). God created each and every one of us for a purpose. We read from Saint Paul’s letter to the Ephesians “He destined us in love to be his sons through Jesus Christ, according to the purpose of his will” (Eph 1:5). But God’s purpose for us may not be all rosy. The life of Jesus is a very good example. Jesus replied to the crowds: “... I must preach the good news of the kingdom of God to the other cities also; for I was sent for this purpose” (Lk 4:43). Also in the gospel according to John we read: “Now my soul is troubled. And what should I say – ‘Father, save me from this hour’? No, it is for this reason [purpose] that I have come to this hour. Father, glorify your name ...” (Jn 12:27-28).

The book of Proverbs reads: “Many are the plans in the mind of a man, but it is the purpose of the LORD that will be established” (Prov 19:21). Again, the book of Job reads: “I know that you can do all things, and that no purpose of yours can be thwarted” (Job 42:2).

It is important to note that the figures the Jews were thinking John to be are important figures both for the Jews and for the rest of us. But because he was never any of them, he never claimed to be what he was not but “... the voice of one crying out in the wilderness, ‘Make straight the way of the Lord’” as prophesied by Isaiah (Jn 1:23). Yet in the gospel Jesus testified to John the Baptist in these words: “Truly I tell you, among those born of women no one has arisen greater than John the Baptist ...” (Matt 11:11; cf. Lk 7:28). Because whoever “... acknowledges me before men, I also will acknowledge before my Father who is in heaven; but whoever denies me before men, I also will deny before my Father who is in heaven” (Matt 10:32-33; cf. Mk 8:38; Lk 9:26). But supposing we are faced with a situation similar to John’s, can we be humble enough to confess who we are and not claiming who we are not? Note that who you are is very important because you are unique and special in God’s sight.

Again, the Jews based on what John the Baptist was doing supposed him to be the Messiah, Elijah, or the prophet. Considering our actions, what do people suppose us to be – Christians, pagans, occultists, devils, and so on? There is a story of a woman the Legionaries did all they could to convince her drop paganism and embrace Catholic faith but all in vain. At a point they even made some promises that include helping her get better clothes and other things she might need while going to Church but all fell on deaf ears. At a point, they asked her: “What actually prevents you from receiving Jesus and be baptised?” The woman told them that her only problem was her neighbour who was also among the leaders in the church. Just because of her neighbour, she preferred to remain a pagan. According to her, she was afraid of being as evil as her neighbour if she becomes a Christian.

Finally dear child of God, our father (God) wants you to realise his purpose for you and fulfil them. It is good to always remember that “whoever exalts himself will be humbled, and whoever humbles himself will be exalted” (Matt 23:12; cf. Lk 14:11; 18:14; Jas 4:10). Saint Peter also admonishes us to humble ourselves under the mighty hand of God, that in due time he may exalt us, cf. 1Pt 5:6. Remember that today is Gaudete or Rejoice Sunday. No one can truly rejoice without first accepting God’s purpose.

Thought for today: Who are you?

Let us pray: God, creator of all seen and unseen, help us to know your purpose for us and also give us the courage and strength to accept and actualize them – Amen.