Where many fail: Solemnity of the Birth of Saint John the Baptist (24th June, 2019).


Homily (Reflection) for the Solemnity of the Birth of Saint John the Baptist (24th June, 2019) on the Gospel and the Solemnity 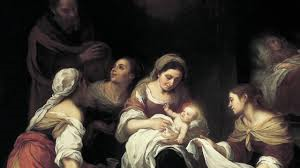 We celebrate the birth of the voice that cried in the wilderness, ‘Make straight the way of the Lord’ cf. Jn 1:23. The gospel described his parents thus,
...there was a priest named Zechariah, who belonged to the priestly order of Abijah. His wife was a descendant of Aaron, and her name was Elizabeth. Both of them were righteous before God, living blamelessly according to all the commandments and regulations of the Lord. But they had no children, because Elizabeth was barren, and both were getting on in years (Lk 1:5-7).
Topic: Where many fail.
The message of angel Gabriel to Zechariah about the birth of John the Baptist reads in part, “Your wife Elizabeth will bear you a son, and you will name him John. You will have joy and gladness, and many will rejoice at his birth” (Lk 1:13-14).
In today’s gospel, people who rejoiced at his birth became an obstacle. With every good intention, they wanted the child to be named after his father, Zechariah in line with their custom. But Elizabeth and Zechariah followed God’s counsel which stands for ever, cf. Ps 33:11.
John came to prepare the way for the Lord, cf. Is 40:3; Mal 3:1; Matt 3:3. He never deviated from the call, cf. Matt 3:11; Jn 1:19-23; Acts 13:24-25; 19:4. When it was reported to him that Jesus was baptising and that all were going to Him, he replied, “He must increase, but I must decrease” (cf. Jn 3:30).
We rejoice with Zechariah and Elizabeth today at the birth of John because they waited for God’s time to a point all considered hopeless. They never deviated from God’s will. Because the people were in expectation, it would have been very easy for John to steal the stage but he did not, cf. Lk 3:15. Yet Jesus described him as the greatest of all born of women, cf. Lk 7:28.
It is not only that the gate to true success is narrow and the way hard, but often the whole thing looks so stupid. Hence, many do not find it, cf. Matt 7:14. Never forget that “the foolishness of God is wiser than men, and the weakness of God is stronger than men” (1Cor 1:25). Never leave God’s will for any other. And be the best of the person God created in you. Finally, “...in everything God works for good with those who love him” (Rom 8:28).
Bible Reading: Lk 1:5-25; Jn 3:22-30; Ps 33.
Thought for today: God’s counsel is assured.
Let us pray: God, help us to follow you wholeheartedly without looking to either right or left – Amen.
Saint John the Baptist – Pray for us.
You are free to share this reflection with others if you consider it worthy.